Pont Neuf fosters unique collaborations between visual & performing artists.
In close collaboration with presenters and institutions, we initiate and develop projects with artists who work across disciplines and in uncalibrated formats.

We tailor projects to meet the exacting requirements of innovative artistic vision.
We combine extensive experience in artistic programming, production and development with well established networks of renowned artists, presenters and donors. 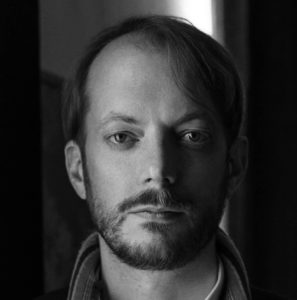 Born in Paris in 1971, Marc de Mauny was educated in France and England. He graduated from Cambridge University in 1994. In 1998 he joined the British Council in St Petersburg as Arts Officer and ran the official programme of cultural events in celebration of the 300th anniversary of Peter I’s Great Embassy to the United Kingdom. In the same year, together with violinist Andrei Reshetin, he founded the St Petersburg International EARLYMUSIC Festival, which he managed until 2007. As Head of Communications for Raiffeisenbank in Russia from 2007-2010 he devised the bank’s corporate social responsibility and arts sponsorship programmes. In 2011 he was invited by Teodor Currentzis to Perm where he remained as General Manager of Perm Opera until 2015, when he returned to Paris. In 2016, Marc de Mauny joined forces with Nicolai Vemming to create a company, which ran the international concert activity of musicAeterna up to 2020. Throughout this period, he continued his collaboration with Perm Opera, for which he produced numerous operas, most notably Purcell’s Indian Queen directed by Peter Sellars (2013), Verdi’s La Traviata directed by Robert Wilson (2016), Honneger’s Jeanne au Bûcher directed by Romeo Castellucci (2018); he also co-produced a series of recordings by musicAeterna on the Sony Classical label, and the annual International Diaghilev Festival in Perm. In October 2020, Marc de Mauny was appointed General Director of the Maurice Ravel International Festival & Academy, in St-Jean-de-Luz. 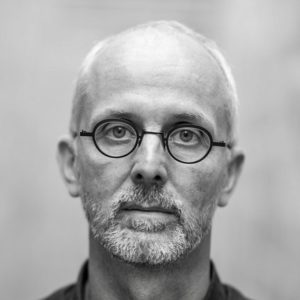 Born in Copenhagen, Denmark in 1961, trained visual artist from Billedskolen in Copenhagen, producer and from 1989 Head of Student Productions at Danish National School of Theatre and Contemporary Dance. In 1993 he was appointed deputy manager and later Artistic Director and CEO of Malmö City Theatre in Sweden, during the restructuring and artistic rejuvenation of the theatre´s ballet, opera and drama departments. From 2001 he was deputy Artistic Director at The Royal Danish Theatre, where he headed an extensive program of International guest performances and co-productions connected to the opening of the Royal Operahouse (2005) and The Royal Danish Playhouse (2008), promoting collaborations with artists such as Frank Castorf, Jonathan Meese, Alain Platel, Ohad Naharin, Robert Lepage, Luc Perceval, Johann Kresnik and Christoph Marthaler. In 2009 Nicolai Vemming founded the independent production company Unlimited Performing Arts which first production: "+-0, a musical climate change” by Christoph Marthaler and Anna Viebrock opened in Nuuk, Greenland. The company has since produced and toured a series of productions in Europe, USA, Russia and China, such as Giuseppe Verdi´s “La Traviata”, Jon Fosse´s “EDDA” and E.T.A. Hoffmann/ Anna Calvi´s “The Sandman”, all designed by Robert Wilson. From April 2016 to April 2020 Nicolai Vemming was co-founder and CEO of the European production bureau of musicAeterna orchestra and choir with offices in Copenhagen and Paris. Nicolai Vemming is founder and CEO of Pont Neuf Paris.